Wow! More scene and previously unscene A Scene In Between.
Taken by west country scenesters James Finch and Val Hicks, these cool and candid shots capture the young JAMC at their feedbackiest wall of noiziest peak.
Taken at Ziggies nightclub in Plymouth during the soundcheck and throughout a twenty minute session of chaotic earslaughter plus crushed melodies.
Indie fashion historians will revel in the astute sinister black leather clad sartorial delights of the bands Velvets 66 via Hamburg era Fab 4, plus 76-78 Subway Sect-isms.
Esoteric mods in leather box jackets, stripy t's, manky cable cardigans all crowned with big fuzzy barnets. Apart from Bobby of course who purveyed moppish early 60's art school beat chic and was soon to become a style icon in his own right. 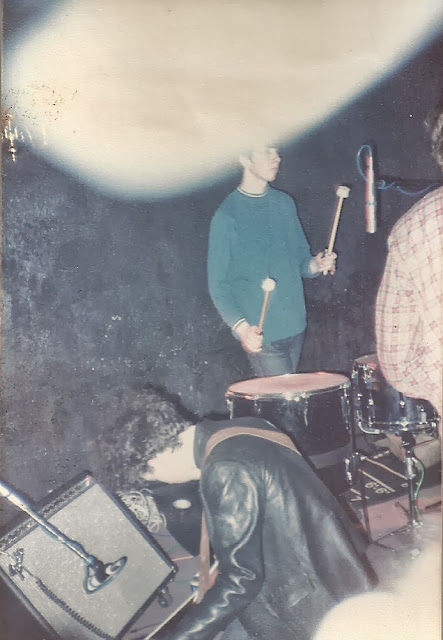 Williams guitar melts mynds and reduces the room into atomic fallout whist Bobby thuds away on his primitive kit.
This is my favourite pic of the band ever! Courtesy of James Finch 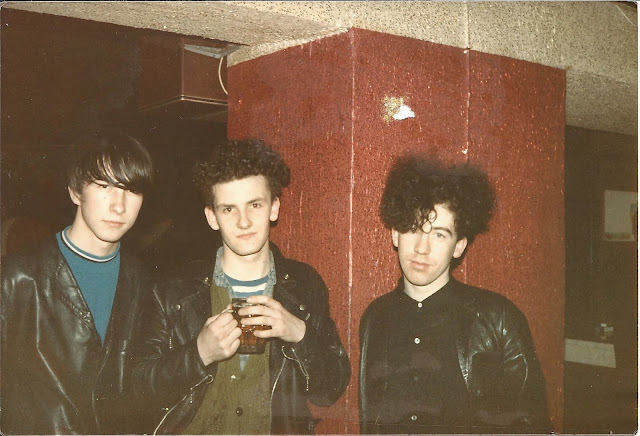 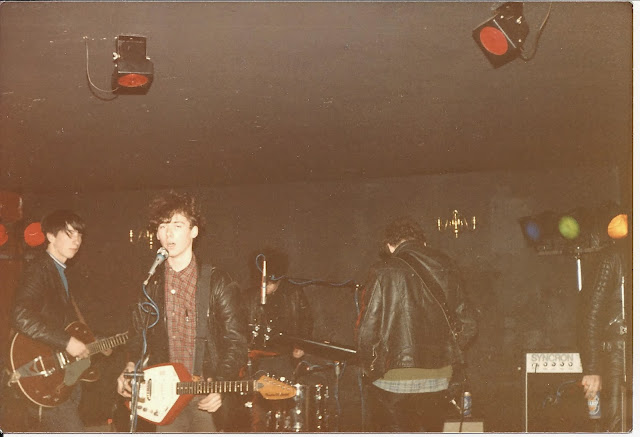 The boys swap instruments for soundcheck, love to hear a tape of that! 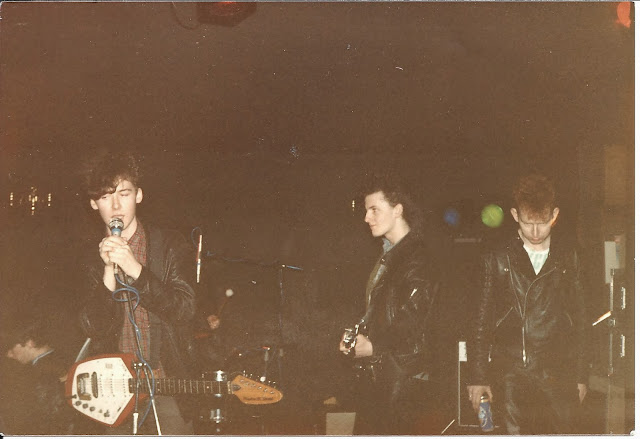 Check out svengali McGee with Buzzcocks T peering out of leather get up. 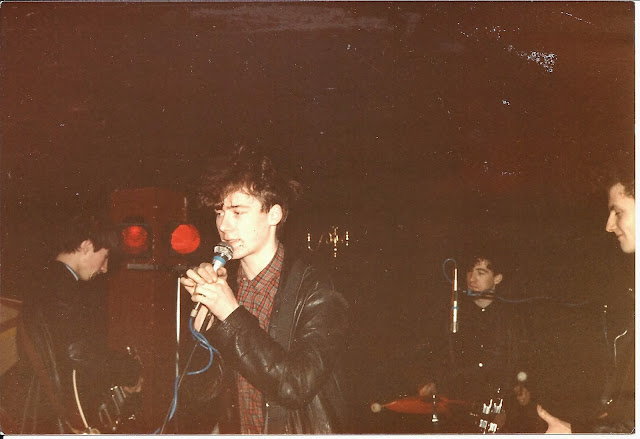 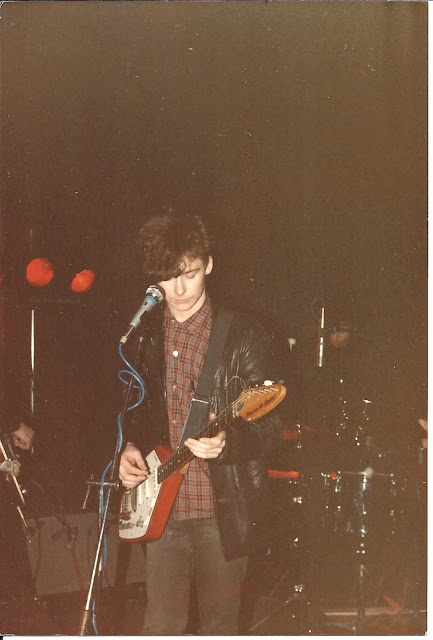 Beautiful Vox Phantom. Apparently this was nicked outta their van on the first US tour later in 85.
Heavy shit man. 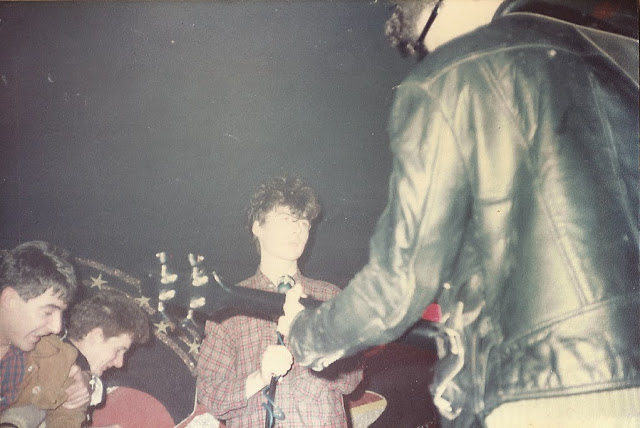 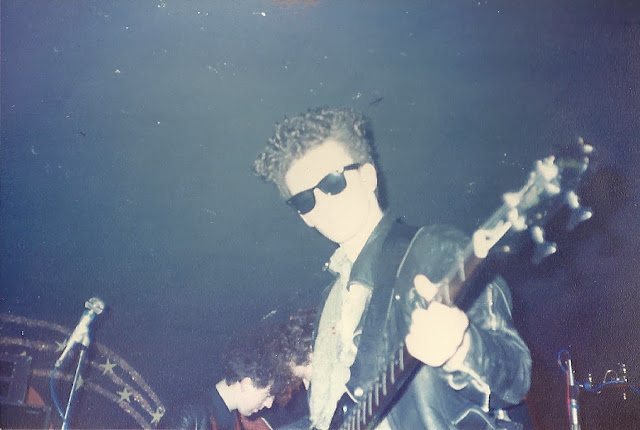 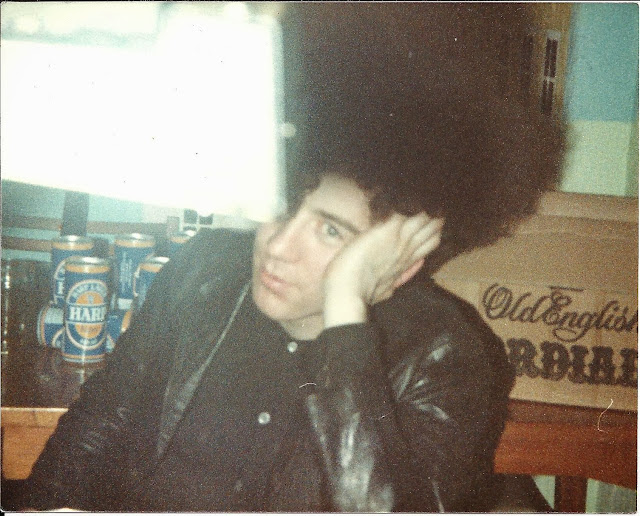 But after the gig 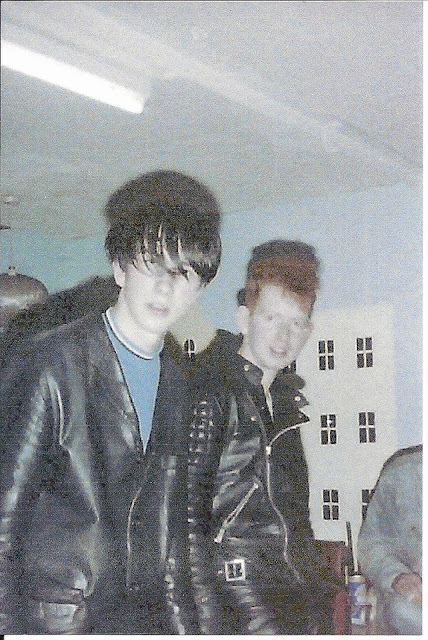