Wow! Beyond rare, early and intimate pics of The Smiths from way back in 83 when they could barely get thirty people through the door. Taken by the young Martin Whitehead whilst a photography student, and never evolving beyond the negative stage until now. Maybe it's true that sometimes the best thing are worth waiting for and spend thirty years laying dormant in a shoebox.
This is their world exclusive debut. Thanks Martin. 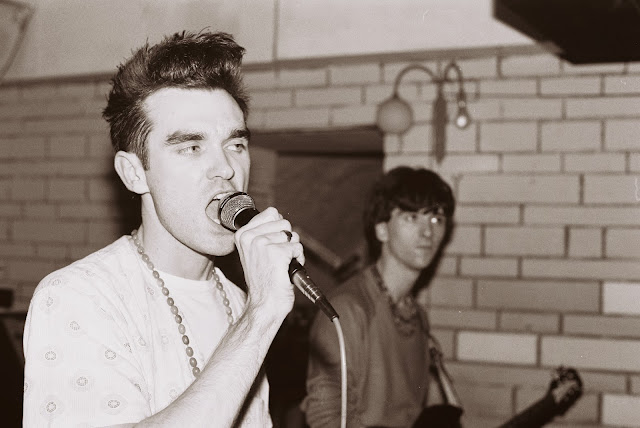 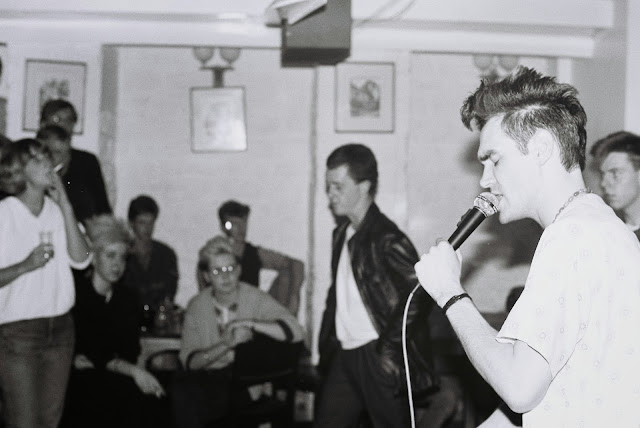 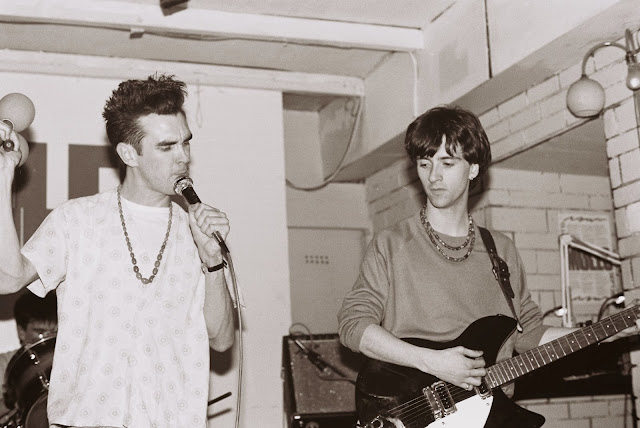 Morrissey and Marr's individualistic fashion focuses are already in place. Strong echos of bohemian utopia via Billy Fury and Kenneth Halliwell coexisting on stage with Jim McGuinn circa 65 plus James Kirk circa 80 set the sartorial pace. 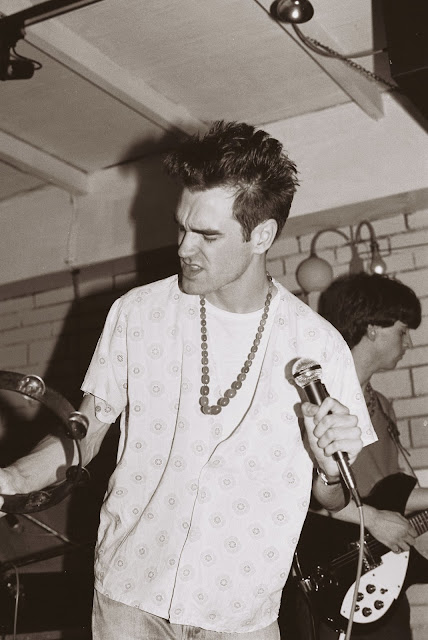 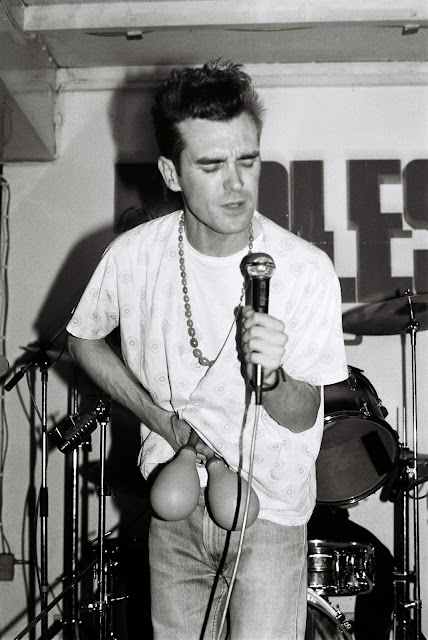 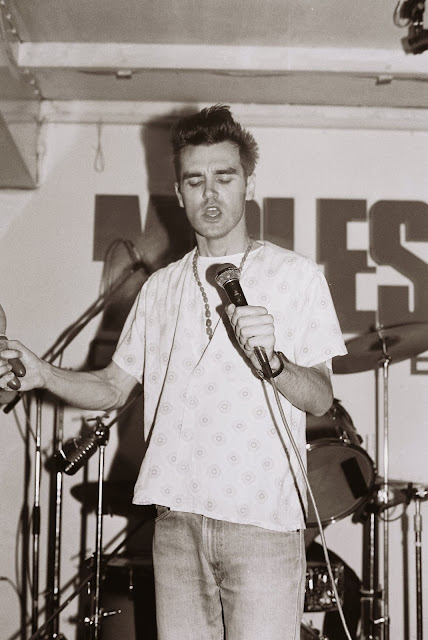 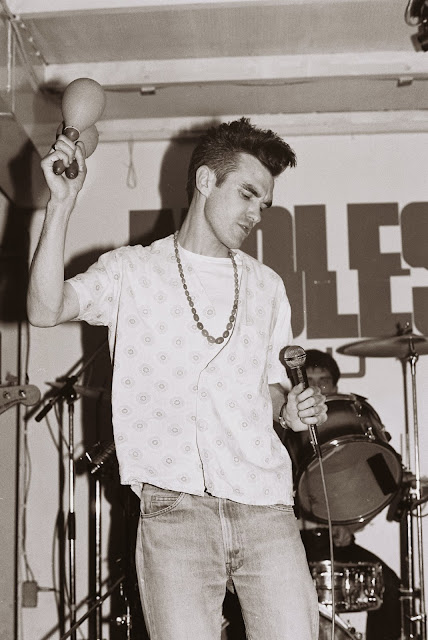 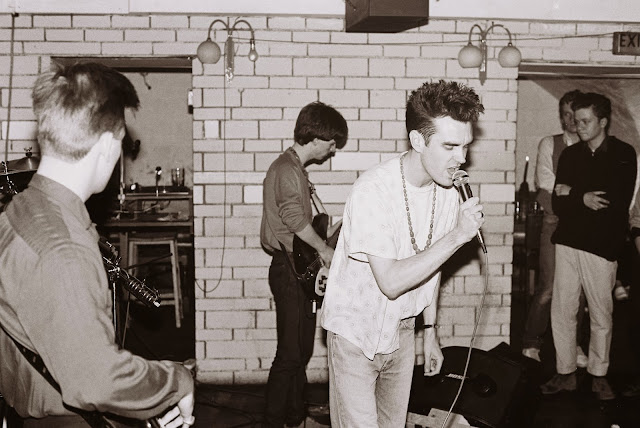 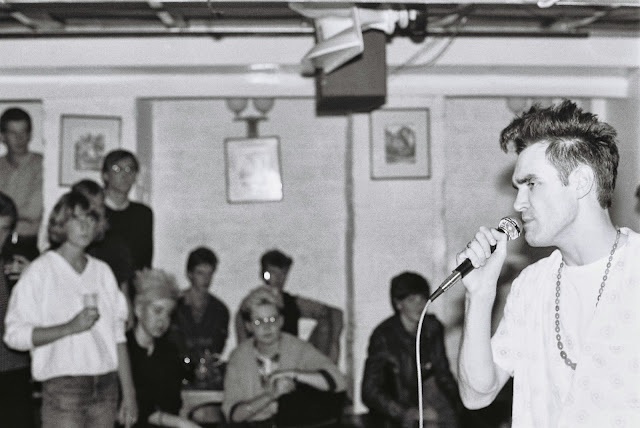 All photographs copyright Martin Whitehead
'On the strength of nothing more than their first single, "Hand In Glove", I wanted to interview The Smiths for my fanzine, The Underground.  My usual method of turning up at the venue at sound check time when the band might be hanging around with time to spare worked again, and I got one of the best interviews of my fanzine career. Moles Club back then could hold maybe 100 people.  There wasn't even room for a stage.  Despite that, the club was about two-thirds empty. Barely 30 people had turned up to see the most influential and iconic band of the decade.  For me, this gave an opportunity to shoot some pictures to go with the interview.  Five months later The Smiths played to a packed out main hall at Bristol University.  I couldn't even get close to the stage, never mind the band'.
Martin Whitehead